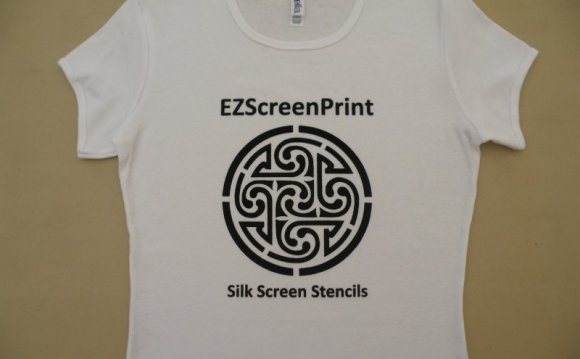 When selecting an item of clothing from a rack in a department store, people don’t often think of the technological innovations or complex history of the textile industry that allow them to shop for a new wardrobe so quickly and easily today. Through the earliest domestic garment-making efforts in ancient and medieval times (known as “The Cotton Phase”) were usually limited to natural fibers like linen, wool, flax, cotton and leather; as history progressed to modern times the textile industry was flooded with other natural and synthetic fiber options that revolutionized the industry, such as hemp, spandex, and acrylic polyesters.

Great advances in technology over the years may have made the process of creating dresses, sheets, and rugs much easier, but the basic definition of what the textile industry is holds true across the centuries: it is the process of harvesting and cleaning a chosen fiber, then spinning it into threads from which cloth can be woven, and finally to design and sew the cloth into clothing or other textiles that then become available for home use, trade, or purchase from your favorite online boutique.

During the Industrial Revolution era, a clothing and textile revolution began in Great Britain in the early 18th century. Through a combination of closely guarded industry secrets that were legally forbidden to be disclosed, and the proliferation of new and revolutionary machinery inventions such as the power loom, (an evolved, steam-powered version of the ancient home loom), and the spinning frame (a device that allowed thread to be spun stronger at quicker speeds), Great Britain ferociously dominated the textile industry.

Using cotton and wool as their major textiles, these mechanical innovations brought about an unprecedented industrialization of clothing manufacture, and soon it was estimated that over 25% of exports from the country were clothing and related textiles. Lewis Paul’s inventions greatly aided the industry: in 1738 he developed the Roller Spinning machine with John Wyatt, and then went on to invent the carding machine in 1748 and the Spinning Jenny in 1764. Other innovators and inventors important to the era were Richard Akron, who invented the water frame, and Edmund Cartwright, the inventor and designer of 1784’s power loom.

The technological innovations and mass production going on overseas eventually piqued American interest. Desperate to revolutionize their own textile industry, the government encouraged inventors to replicate and improve upon British textile machines by offering strong money incentives and grants to prospective inventors. However, there were a lot of missteps along the way. With British mechanical plans and factory processes so secretive, American inventors blundered the first attempts at any reproductions. The first attempt may have been in 1786 when two Scottish immigrants attempted to glean insight from the British spinning frame and invented a device that was meant to mass-produce yarn through horse-power. Then, in 1790, inventors in Rhode Island attempted to perfect a water-powered spinning machine that promised to be powerful and fast enough to industrialize American textile manufacturing. Neither of these early attempts gleaned any success, and the American textile industry was still dominated by hand-loom weaving and a low production rate.

Luckily, several inventors did come through to help America realize its dream of an industrialized textile industry. Samuel Slater, a British inventor and entrepreneur now known as “The Father of American Industry”, had produced carding machines, drawing machines, spinning wheels and 72 spindle spinning frames in America by 1790. He then went on the build the water-powered cotton mill called “The Old Factory” in 1793 in Rhode Island. Several more mills followed, and thanks to his inventions and business sense, the industry was rooted in America by 1809.

Several other notable businessmen and inventors helped improve the budding textile industry in America. These visionaries include Francis Cabot Lowell and his faster, more efficient power looms that went on to inspire the world’s first textile mills, and Elias Howe and his revolutionary alternative to hand-sewing garments forever: the sewing machine. Although Howe first developed and patented a working model in 1846, he remained a poor man until 1854, when he finally began receiving royalties on his life’s pursuit.

Today, new power sources, the proliferation of new synthetic textiles, modern electronics, new industry techniques, and the use of efficient shuttles in factories have made the textile industry a very different place than it was 150 years ago. Today’s industry can manufacture a staggering number of garments and textiles from nearly any natural or synthetic fiber, but the industry also heavily depends on super-fast production times and low costs. Today, China is considered to dominate the industry because factories there deliver both the speed and the low cost that are in demand today.

Below are links to a few more fascinating websites that explain the history, inventors and mills of the textile revolution in more depth: