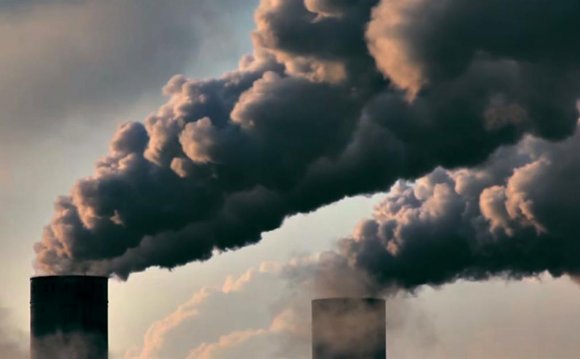 After the Baroque faded slowly away, eighteenth-century architecture consisted primarily of revivals of previous periods. This time was to be the calm before the storm, for the approaching Industrial Revolution was to change everything about the world as it was then, including architecture. Previously, building materials had been restricted to a few manmade materials along with those available in nature: timber, stone, timber, lime mortar, and concrete. Metals were not available in sufficient quantity or consistent quality to be used as anything more than ornamentation. Structure was limited by the capabilities of natural materials. The Industrial Revolution changed this situation dramatically.

In 1800, the worldwide tonnage of produced was 825, 000 tons. By 1900, with the Industrial Revolution in full swing, worldwide production stood at 40 million tons, almost 50 times as much. Iron was available in three forms. The least processed form, cast iron, was brittle due to a high percentage of impurities. It still displayed impressive compressive strength, however. Wrought iron was a more refined form of iron, malleable, though with low tensile strength. was the strongest, most versatile form of iron. Through a conversion process, all of the impurities were burned out of the iron, then precise amounts of were added for hardness. Steel had tensile and compressive strength greater than any material previously available, and its capabilities would revolutionize architecture.

This change did not happen over night. Prior to the introduction of bulk iron, architecture relied on compressive strength to hold buildings up. Even great structures like the Chartres Cathedral or the Parthenon were essentially orderly piles of stone. Architects were accustomed to thinking of certain ways of creating structure, and though they glimpsed some of the possibilities of the new materials, the first applications were made using the old ideas.

The explosion in the development of iron and steel structures was driven initially by the advance of the railroads. were required to span gorges and . In 1779, the first iron bridge was built across the Severn River in Coalbrookdale, England. It was not an iron bridge as we might conceive of it today, but rather a traditional arch made of iron instead of stone. The compressive strength of limestone is 20 tons per square foot. The compressive strength of cast iron is 10 tons per square inch, 72 times as high, permitting significantly larger spans. Later, the truss, long used in timber roofs, became the primary element of bridge building. A triangle is the strongest structural element known, and applied force only makes it more stable. When a diagonal is added to a square, the form can be viewed as two triangles sharing a side, the fundamental element of a truss. Trusses were used to build bridges of unprecedented strength throughout the nineteenth century, including bridges consisting of truss complexes balanced on supporting piers. A third, more attractive type of steel bridge was the suspension bridge, in which the roadway is hung from steel cables strung from supporting towers in giant catenary arcs.

As with bridges, some of the first structural advances using steel were prompted by the railroads. Trains required bridges and rails to get them where they were going, but once there, they required a depot and storage sheds. These sheds had to be of an unprecedented scale, large enough to enclose several tracks and high enough to allow smoke and fumes to dissipate. Trusses spanned the open area of the tracks, creating a steel skeleton hung with steel-framed glass panes. The structures were extraordinarily light and open. Some of the sheds were huge, such as St. Pancras Station, London, England. To the people of the nineteenth century these sheds were breathtaking, the largest contiguous enclosed space the world had ever seen.

At this point the capabilities of iron and steel had been proven and it was natural to extend the idea to another utilitarian application—factories. The first iron frame factory was built in 1796-97 in Shrewsbury, England, followed rapidly by a seven story mill with cast iron columns and ceiling beams. Wrought iron beams were developed in 1850, a significant advance over brittle cast iron versions.

The new materials were not just used as skeletal elements. In the 1850s, 1860s, and 1870s, cast iron was used as a facade treatment, especially in the Soho district of New York City. Buildings such as the Milan Galleria, an indoor shopping area, and the Bibliotheque Nationale in Paris used iron as an internal structural and decorative element. In 1851, the Crystal Palace was built for the London Exposition, truly the Chartres Cathedral of its time. In 1889, Gustav Eiffel built the Eiffel Tower for the Exposition Universelle in Paris, initially the target of harsh criticism and now the symbol of Paris.