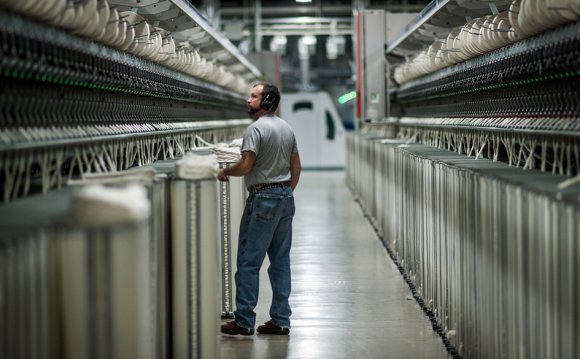 The Fourth of July has always been a time for communities to reflect on the journey of this great nation. As we celebrate our nation’s birth, we must never forget the provisions of justice, freedom, and equality set forth in the dreams of our forefathers as established in the Declaration of Independence and our Constitution. We must also never forget the many service members who have dedicated their lives to protect this land.

Remembering how we won our independence, we may use this time to reflect upon the generational sacrifices of our armed forces that span the course of our nation’s history. Furthermore, the holiday represents an opportunity for us to renew our longstanding commitment to provide them with the tools and resources they need to safely defend our nation at home and abroad. While the American textile industry supplies customers in all parts of the country, no customers are more important to textile manufacturers and their employees than the men and women of the United States armed forces.

The Defense Department’s purchasing supply center in Philadelphia estimates that it purchases over 8, 000 different textile items annually - from flame retardant uniforms to ballistic gear - all of them from U.S. textile companies, over 30, 000 items when individual apparel sizes are estimated. That’s over $2 billion dollars a year of the highest quality textile products in the world produced and delivered to meet the strict timetable demanded by the military. Supplying the military’s textile needs is more than an important business relationship for the management and workers of America’s textile mills. It is a privilege and cherished responsibility to provide our servicemen and women with the materiel they can rely on as they risk their lives to defend our country.

The textile industry manufacturers employ more than half a million patriotic Americans, most of them in rural communities, for much better wages and benefits than workers in the service and retail industry receive, and incomparably better than most foreign textile workers earn.

Thanks to the productivity of our textile workers and technological innovations in the industry, and to fair international trade agreements that helped level the global playing field for American goods and services, our textile industry has begun to recover recently and has created more good paying jobs in areas of our country that were hurt the worst in the last recession.

America’s textile industry would like to support the new trade agreement – the twelve member Trans-Pacific Partnership (TPP). The TPP should result in even greater demand for American textile products, but only if the TPP includes and enforces rules that made previous trade agreements successful and mutually beneficial.

Regrettably, one country, Vietnam, is seeking to change the rules and tilt the playing field to its advantage. Vietnam wants to eliminate the “yarn forward” rule of origin included in previous free trade agreements which ensures that only textile industries in the countries that are party to the agreement enjoy the benefits of that agreement. In its place, Vietnam wants to substitute a “flexible” rule of origin, which would open the markets of other TPP countries to apparel Vietnam manufactures with textiles imported from countries that are not part of the TPP.

The “yarn forward” rule requires all yarns, fabrics and final garments exported within the TPP to be made in TPP countries. A “flexible” rule of origin, however, requires only that the sewing of garment exports be done in TPP countries, which would allow Vietnam to export duty free to the U.S. and other TPP members, garments made with products it imports from China.

Our workers cannot compete with China’s heavily state subsidized textile manufacturers. Nor should they be forced to. If the U.S. accedes to Vietnam’s attempt to tilt the playing field to it’s and China’s advantage, U.S. textile manufacturers will be forced out of business or see their business greatly reduced, and hundreds of thousands of American workers will lose their jobs.

As they lose customers to China’s subsidized products, American textile workers would also lose the opportunity and privilege of supplying American armed forces with the best uniforms and other apparel in the world. No longer would our armed forces and all Americans be able to wear textile products marked, “Made in America”.

With our nation’s historic independence in mind, and the celebratory pride of our nation’s most symbolic and uniquely American holiday, the Obama Administration must insist that the TPP maintains fair principles so that we retain the ability to supply the brave men and women of our armed forces. This fundamental practice represents the best of who we are as Americans, but more importantly, it provides those on the front lines with assurance that the labels we wear are as trustworthy, true, and reliable as the spirit and love of country inside each and every patriotic American on Independence Day.