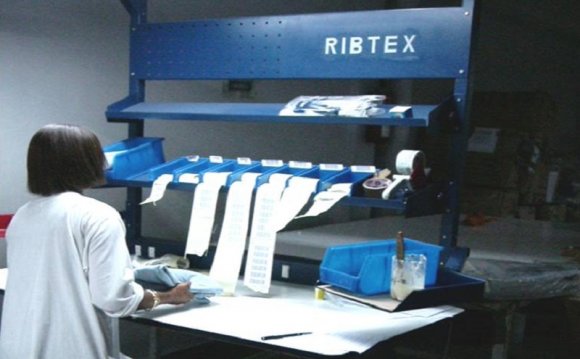 With a labour force of around 200, 000, the textile sector is a key employer in Morocco. While sector performance has stagnated over the past decade, the last year saw an uptick in activity, with exports increasing by 5% in 2014, according to preliminary figures released by the Office des Changes.

The ailing sector owed its poor performance over the past decade to a number of factors, initially triggered in 2005 by the dismantling of the multi-fibre agreement, which resulted in a dramatic increase in competition from large Asian producers. This was followed in 2008 by shrinking order books on the back of the global economic slowdown. A number of factories ceased operations as a consequence, with larger firms proving more vulnerable to shifts in the global market.

However, the rise of fast fashion and just-in-time supply chains has played to the advantage of the Moroccan industry. From 2012, China and India began focusing attention to producing for their own local markets, moving away from their former export-oriented stance. The subsequent gap in the market has benefitted Moroccan exporters. According to Eurostat figures, the kingdom’s textile exports to the US increased by 26% in 2014, while those to the European market rose by 10% in that year.

“This double-digit growth is certainly something the Moroccan textile industry has not experienced in a long time, ” Mohamed Tazi, general director of the Moroccan Association of the Textile and Apparel Industries (Association Marocaine des Industries du Textile et de l’Habillement, AMITH), told OBG. Morocco has also fared rather well compared to some of its competitors, with Turkish, Chinese and Tunisian exports rising 5%, 4% and 3%, respectively.

The launch of the Industrial Acceleration Plan (Plan d’Accélération Industrielle, PAI) is expected to further inject new life into the industry in the coming years. The textiles sector, along with the automobile industry and offshoring, was one of the first sectors to be incorporated into the new development plan, given its strong potential to generate value-added production, attract investment, stimulate exports and create new jobs. Six sub-segments have been identified to be developed into productive ecosystems, and these include fast fashion, denim, technical textiles, home and lifestyle use textiles, knitwear and distribution.

The sector is forecast to create 20% of the 500, 000 jobs promised under the PAI. To that end, AMITH has put forth a 10-year textile development programme that will run through 2025, with the aim of tripling current export revenues to Dh90bn (€9.79bn). The programme will be rolled out in two stages, with a start-up phase running through 2020, followed by an acceleration phase that will run for a further five years. In its first phase, the plan will seek to rebuild the industry’s fundamentals and tackle the obstacles that have hampered the sector’s development. Limited in-country access to raw materials, for instance, has impeded manufacturers, particularly those operating in the fast-fashion segment.

Morocco is home to 1600 textile manufacturers, including major players such as Spanish firm Inditex, which includes the Zara and Bershka brands, for example. However, production has not often been directed to the domestic market for several reasons – key among them the scope of the informal sector. “Recent efforts to identify these constraints and assess the market’s potential have revealed that business locally is not only as important as the export business, but holds even higher potential, ” AMITH’s Tazi said.

With the domestic market valued at around Dh40bn (€4.35bn) in 2012 – as opposed to Dh30bn (€3.26bn) generated through exports – various changes, including evolving consumption habits, improved purchasing powers and the expansion of the middle class, thus bode well for the future development of the local textile industry in Morocco.