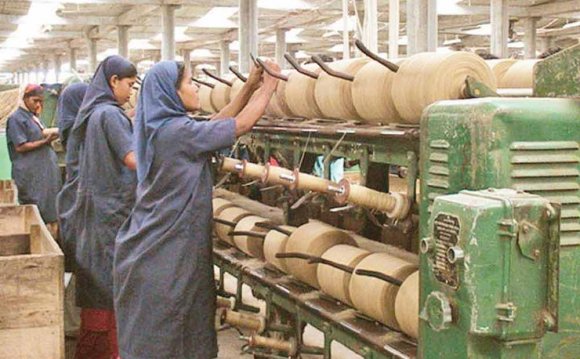 There are at least three commonalities between Yaqoob Ansari, a fruit-seller, Babu Ram, a rickshaw puller, Lakshmi Kant, a beggar, and Lattu Singh, a truck-loader. All of them are from Uttar Pradesh’s biggest industrial township Kanpur, all of them were former workers in the once-famous textile mills of the city, and all of them have hidden their present professions from their families who live in their native villages. It seems almost unbelievable that the four, who were once skilled workers, have been relegated to jobs which they had never thought of doing. However, they have found an unfortunate confidence in around 20, 000 skilled workers who were rendered unemployed after the big industrial textile units shut down in Kanpur in the early 2000s. It has forced all of them to take up jobs, that had earlier considered menial.

The government of India (GOI) ran nine composite textile mills in Kanpur. Five of them were run by the National Textile Corporation (NTC) and four by the British India Corporation (BIC), both undertakings of the GOI. Apart from these, many private textile units also figured in the city’s textile compass, the biggest of which were two companies run by the JK group owned by the Juggilal Kamlapat Singhania family that rose to prominence in the city in the early 1920s. All these made Kanpur the biggest industrial township in northern India and the biggest centre for business.

Today only two remain in a semi-functional state. The biggest of the government-run mill Lal Imli, that once had an international fame for the quality of its woollen textiles, produces only 5% of its capacity and remains a ghost of its past with its dilapidated but gigantic building, broken windows, and old machineries. The second mill that still functions is Juggilal Kamlapat Cotton Spinning and Weaving Mill, which remained shut for more than 10 years and is clawing back to revival. Yaqoob Ansari, a textile worker who now sells fruits summed up the situation aptly, “Earlier, Kanpur sent goods to the rest of the country, and now it has become a dumpyard for consumer goods.”

The story of the decayed textile industry in Kanpur must start with the times of its flourish. The city’s tryst with textile manufacturing dates back to the year 1857. The Satti Chaura revolt in which around 300 British personnel were killed on the orders of the revolt’s hero Nana Saheb. It jolted the colonisers so much that they decided turn Kanpur into a fortress, guarded by heavy deployment of army and police. A year after the revolt Kanpur looked different and was much safer for the British. Heavy deployment of army and police units in and around the city cascaded into a much higher demand for textiles in the form of canvass clothes, tents, shoes and woollen clothing. It was for this the British started new textile manufacturing units resulting in the first big production unit called Elgin Mills in 1862 followed by Muir Mills in 1882. Gradually Kanpur became the most important sourcing centre for the army and the police across colonial India. The Indian capitalist class also joined the trade and the JK Cotton mill was set up in 1928. A parallel leather industry, to meet army’s needs, flourished around this time but remained secondary to textiles. The biggest boom for the textile industry in Kanpur came in the form of the second world war when requirements of the defence personnel touched an all-time high.