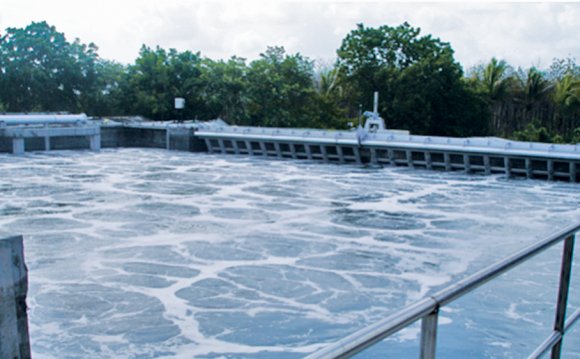 Exposure to chemicals: Workers in the textile industry are also exposed to a number of chemicals, especially those engaged in the activities of dyeing, printing and finishing. Chemicals based on benzidine, optical brighteners, solvents and fixatives, crease-resistance agents releasing formaldehyde, flame retardants that include organophosphorus and organobromine compounds and antimicrobial agents are used in textile operations.

Studies have revealed links between exposure to formaldehyde and nasal and lung cancer as well as to brain cancer and leukemia, which can be fatal. In the long run, exposure to formaldehyde could lead to respiratory difficulty and eczema. Contact of the chemicals with skin as well as inhalation of the chemicals can lead to several serious health effects.

A study conducted in USA revealed a correlation between the presence of cancer of the buccal cavity and pharynx and occupation in the textile industry. Another study revealed that textile workers were at high risk for developing cancer of the stomach while another study indicated a low degree of correlation between oesophageal cancer and working in the textile industry. Moreover, a high degree of colorectal cancer, thyroid cancer, testicular cancer and nasal cancer was observed among textile workers. Also, a relationship between the presence of non-Hodgkin's lymphoma and working in the textile industry was observed.

As per a study conducted on 1300 people working in 'tie and dye' units in Jodhpur and neighboring areas, 100 workers were observed to have occupation-related dermatitis. This constituted 7.69% of the total sample. Red RC base and naphthol were observed to be the most common culprits in this regard.

Exposure to noise: High levels of noise have been observed in most of the units engaged in the textile industry, particularly those in developing countries. In the long run, exposure to high noise levels has been known to damage the eardrum and cause hearing loss. Other problems like fatigue, absenteeism, annoyance, anxiety, reduction in efficiency, changes in pulse rate and blood pressure as well as sleep disorders have also been noted on account of continuous exposure to noise. Lack of efficient maintenance of machinery is one of the major reasons behind the noise pollution in a majority of the units. Though it causes serious health effects, exposure to noise is often ignored by textile units because its effects are not immediately visible and there is an absence of pain.

A study of 77 employees in textile mills in Nagpur was conducted by Ruikar MM, Motghare DD and Vasudeo ND. This study revealed that 76.6% of the employees were at risk for developing noise-induced hearing loss. The study of Indian textile units by R. Steinberg, J. Hannak and K. Balakrishnan indicated that 21.3% of the workers studied suffered from noise-induced hearing loss.

Ergonomic issues: Ergonomic issues are observed in a majority of the units engaged in textile-related activities in India. Most of these units have a working environment that is unsafe and unhealthy for the workers. Workers in these units face a number of problems such as unsuitable furniture, improper ventilation and lighting, and lack of efficient safety measures in case of emergencies. The workers in such units are at risk for developing various occupational diseases. Musculoskeletal disorders like carpal tunnel syndrome, forearm tendinitis, bicapital tendinitis, lower back pain, epicondylitis, neck pain, shoulder pain, and osteoarthritis of the knees are some of the occupational diseases that have been observed among the workers on account of poor ergonomic conditions. These issues are more common in developing nations as compared to developed ones.

As per a study by Parimalam Parimalam, Kamalamma N. and Ganguli AK in the year 2006, there is a considerable difference in the heights of the stools and the tables used for various operations such as cutting and ironing. This led to the workers having to sit in an uncomfortable position for entire work days. The stools were not padded in most of the units, leading to increased discomfort on the part of the workers. Moreover, the stools did not have a backrest, as a result of which the workers did not get adequate support to the back. In most of the units, the level of lighting was low and improper placement of lighting fixtures led to low lighting at the point of work, leading to eye strain. On account of the continuous use of irons in some units, the humidity level is very high, contributing to the workers discomfort.