What Industry did his Machine help started? 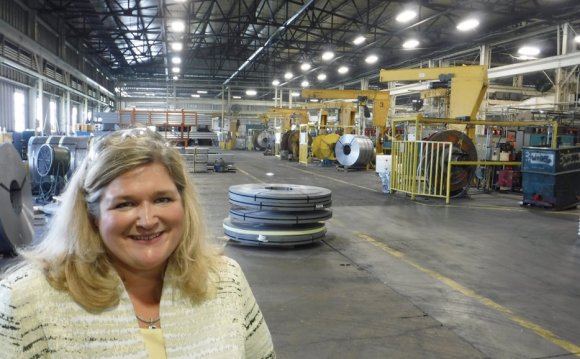 The Sewing Machine & Its Impact on America

The impact of the sewing machine on America is huge. Specifically the sewing machine greatly impacted the textile industry and women. Because women were the ones working in the textile mills they were the ones to use the machine, however some believed that this would infringe on their craft as skilled seamstresses. Others thought this to be a wonder and felt it freed them to pursue other things rather than sit home and sew clothes. In some way the women working with the machines gained a new skill, and were seen as important for the industry.

The sewing machine allowed clothing to become a mass produced item which increased the social acceptance of the sewing machine. Besides the commercial sewing machine, the household machine became very popular when it became electric. If you had electric in your home you could have a sewing machine and it was even easier and faster than the hand powered models.

The sewing machine also helped other industries grow, for example the need for large quantities of thread for factory machines. Others benefited from sewing machines such as metal companies for needles and parts, varied machinists to repair the machines when needed, shipping companies got a lot more business because more products were being made.

Advertising became an important part of the sales of the machine. Singer advertised at fairs, stores and even the circus to attract women to his machine. Advertisements for the sewing machine popped up everywhere, from new papers, flyers, and pamphlets.

The sewing machine was not just for the clothing industry, but it started becoming an important part in the manufacturing of other goods. Furniture with upholstery, automobile seats, curtains or drapes, towels, toys, even books employed the use of the sewing machine.

Today there are thousands of items that require being sewn. However, over the years large industry began to make self/automated machines that did not require an individual to operate, but rather just someone to supervise the machines performance. Women were right when they thought their jobs would be taken away, but the bright side is this gave them more time to pursue other ventures. Home use sewing machines gave women an opportunity to be creative and sew for recreation over necessity. Hobbies became more common when clothes and other products were ready made. The overall impact of the sewing machine was and is quite large. Its creation sparked companies to experiment with technology, revolutionize the textile industry, and focus a product for women.