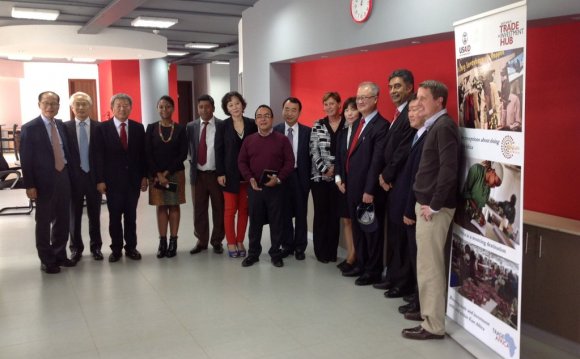 The garment industry of North Korea is among the most successful export industries. Apparel companies belonging to Holland, China, Germany, France, and South Korea outsource their garment production to factories in North Korea. The medium and large scale garment manufacturing units today employ more than thousands of workers. The wages are lower than most Asian countries and there by attracting many international companies to operate production in North Korea.

Several European nations have been buying garments from North Korea from a very long time. From the 1970s, when a firm in Deutschland began importing clothing articles like T-shirts from a company, there has been no turning back ever since. The country has an estimated production capacity of around 670 million meters and more than fifteen thousand weaving machines. Moreover, it is also the place that invented the unique synthetic fibre with poly vinyl alcohol called Vinylon.

The cost of labor in North Korea is extremely low and is a better alternative in comparison to China, India, and other Southeast Asian countries. Besides the labor is also highly efficient and skilled and are trained to reach high levels of productivity. The nation being centrally located in the North-eastern part of Asia is ideal for distributing using various channels. Garment export enterprises in North Korea encompass a wide area of manufacturing functions like cutting, stitching and sewing, pressing, sealing, ironing, embroidering, and crocheting. The manufacturing units use updated technologies and software like CAD (Computer Aided Designing) and CAM (Computer Aided Manufacturing).

Post production facilities like that of packaging, transport, and washing are also available as a result of sound infrastructure and availability of skilled workforce. The kind of garments manufactured in North Korean factories range from knitwear, sportswear, formalwear, and children wear to intimates, coats, suits, and uniforms. North Korea also has scientific and technical institutions to update and make use of the latest textile technology. Yet another benefit of importing clothing from North Korea is the reduction in the cost of production. The increasing labor cost in the Chinese markets have led many importers to adopt the "China plus one" strategy to balance the rising costs, wherein besides China another country supports the act of production.