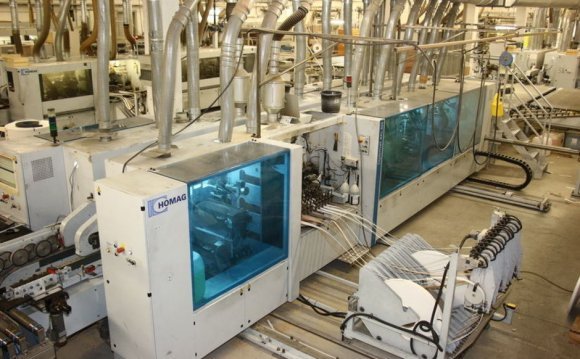 Machinery manufacturing is one of the largest and most competitive sectors of the U.S. manufacturing economy. After a sharp decline in exports in 2009 and subsequent recovery, exports of capital equipment totaled $166 billion in 2015. Leading markets for U.S. machinery exports in 2015 included Canada, Mexico, China, South Korea, and Japan. Germany, Taiwan, the United Kingdom, Australia, and Singapore round out the top 10 export markets. Taken as a whole, the European Union was the U.S. machinery manufacturers’ third-largest market in 2015, after Canada and Mexico. Among the wide range of machinery manufactured in the United States, construction machinery, engine equipment, turbines and turbine generator sets, industrial process controls, and agricultural equipment led U.S. exports in 2015. Major competitors in global machinery markets include Germany, Japan, Italy, and China.

The economic impact of machinery manufacturing extends throughout the U.S. economy. Machinery industries provide essential and highly sophisticated technology for many other manufacturing and service industries. Industrial process controls and other automation technologies enable end-users to maximize the productivity of their equipment. Sales of many types of machinery are accompanied by a variety of high-value services as well, including specialized architecture, engineering, and logistics.

Tens of thousands of companies manufacture machinery in the United States. A majority of these manufacturers are small and medium enterprises (SMEs), but there are also many large, public companies and iconic American brands that trade on a global scale. Machinery is manufactured in almost every state, but production is concentrated particularly in the industrial Midwest, California, and Texas.

U.S. machinery manufacturers face numerous challenges in foreign markets. Market access is problematic in a number of key growth markets, especially trade barriers based on foreign governments’ import substitution policies and local content requirements. For a number of machinery industries, bans or restrictions on the import of remanufactured goods are a significant problem. Despite high private-sector profits since the end of the recession, access to capital can still be a challenge, especially for SME manufacturers.