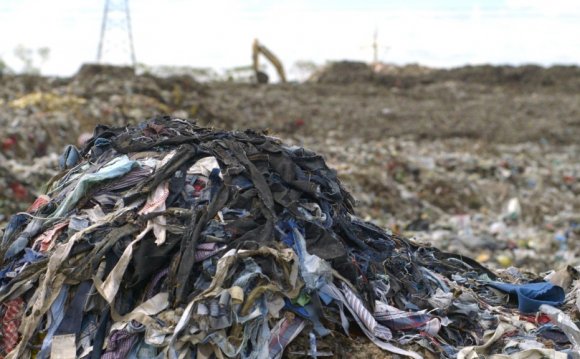 Significant financial saving and environmental improvements can be made by relatively low-cost and straightforward interventions in the textile industry, and this improves the quality of products and minimises the cost of production, say C Parvathi, T Maruthavanan and C Prakash.

Textile processing industry is characterised not only by the large volume of water required for various unit operations but also by the variety of chemicals used for various processes. There is a long sequence of wet processing stages requiring inputs of water, chemical and energy and generating wastes at each stage. The other feature of this industry, which is a backbone of fashion garment, is large variation in demand of type, pattern and colour combination of fabric resulting into significant fluctuation in waste generation volume and load. Textile processing generates many waste streams, including liquid, gaseous and solid wastes, some of which may be hazardous. The nature of the waste generated depends on the type of textile facility, the processes and technologies being operated, and the types of fibres and chemicals used. The overview on the amounts of waste generated within the textile processes are summarised in Table 1.

The textile manufacturing process is characterised by the high consumption of resources like water, fuel and a variety of chemicals in a long process sequence that generates a significant amount of waste. The common practices of low process efficiency result in substantial wastage of resources and a severe damage to the environment. The main environmental problems associated with textile industry are typically those associated with water body pollution caused by the discharge of untreated effluents. Other environmental issues of equal importance are air emission, notably Volatile Organic Compounds (VOC)s and excessive noise or odour as well as workspace safety.

Most processes performed in textile mills produce atmospheric emissions. Gaseous emissions have been identified as the second greatest pollution problem (after effluent quality) for the textile industry. Speculation concerning the amounts and types of air pollutants emitted from textile operations has been widespread but, generally, air emission data for textile manufacturing operations are not readily available. Air pollution is the most difficult type of pollution to sample, test, and quantify in an audit.

Residues from fibre preparation sometimes emit pollutants during heat setting processes. Carriers and solvents may be emitted during dyeing operations depending on the types of dyeing processes used and from wastewater treatment plant operations. Carriers used in batch dyeing of disperse dyes may lead to volatilisation of aqueous chemical emulsions during heat setting, drying, or curing stages. Acetic acid and formaldehyde are two major emissions of concern in textiles. The major sources of air pollution in the textile industry are summarised in Table 2.

The textile industry uses high volumes of water throughout its operations, from the washing of fibres to bleaching, dyeing and washing of finished products. On average, approximately 200 litres of water are required to produce l kg of textiles (Table 3). The large volumes of wastewater generated also contain a wide variety of chemicals, used throughout processing. These can cause damage if not properly treated before being discharged into the environment. Of all the steps involved in textiles processing, wet processing creates the highest volume of wastewater.

The aquatic toxicity of textile industry wastewater varies considerably among production facilities. The sources of aquatic toxicity can include salt, surfactants, ionic metals and their metal complexes, toxic organic chemicals, biocides and toxic anions. Most textile dyes have low aquatic toxicity. On the other hand, surfactants and related compounds, such as detergents, emulsifiers and dispersants are used in almost each textile process and can be an important contributor to effluent aquatic toxicity...