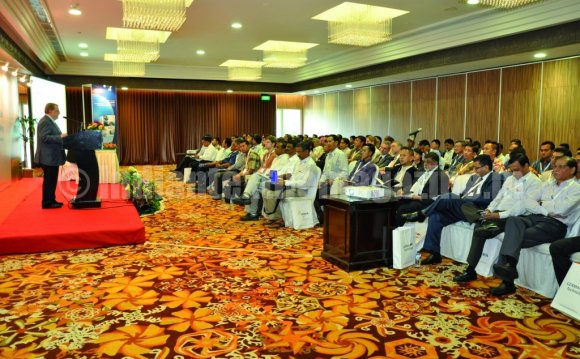 However, Indonesia is facing several challenges: the upstream sector is largely inadequate (causing a reliance on imports of raw materials) and requires an injection of investment, technology and expertise, while competition from other textile producing nations in Southeast Asia (Cambodia, Vietnam as well as Myanmar) is rising.

Although China is the clear world leader in terms of textile and garment production, rising minimum wages in the world's second-largest economy should give an opportunity to Indonesia to present itself as a more attractive production hub for global fashion brands. However, this is not that easy because the labor-intensive textile industry of Indonesia also has to cope with rising minimum wages, as well as higher electricity tariffs, and competition from cheap textile products imported from China (particularly after the implementation of the ASEAN China Free Trade Agreement [ACFTA] in January 2010).

A weakening rupiah is a problem for Indonesia's textile industry because yarn, cotton, dyes and fabrics (both natural and man-made) are mostly imported from abroad in US dollars. A depreciating rupiah (against the US dollar) makes imports more expensive and therefore causes financial turmoil for local textile companies (particularly the smaller ones that have fewer cash reserves to rely on). In 2015 many smaller and mid-sized Indonesian textile companies were on the brink of collapse due to (rupiah-inflicted) higher production costs and weaker domestic textile demand amid weaker purchasing power.

An example of a raw material that is required for the manufacturing of textile products is cotton. Although Indonesia produces cotton, textile manufacturers prefer to import cotton from abroad - particularly the USA, Australia and India - because the quality of foreign cotton is much higher while the domestic cotton supply is highly volatile (there often occur supply shortages).

Presently, the movement of the Indonesian rupiah is highly vulnerable to changing perceptions of US monetary tightening. This causes volatile behavior. However, the longer-term trend is clear. Ever since the US Federal Reserve started to hint at monetary tightening in May 2013 the rupiah has shown a steady depreciating trend against the US dollar (starting from late-2015 the rupiah started to stabilize against the greenback but pressures will persist as long as the Federal Reserve intent to raise its Fed Funds Rate further).

Indonesian Rupiah versus US Dollar (JISDOR):

Indonesia's textile businesses urge the central government to reach an agreement with the European Union (EU) for the establishment of the Indonesia-EU Comprehensive Economic Partnership Agreement (abbreviated: Indonesia-EU CEPA), a trade deal that is expected to improve the flow of goods between both regions as the deal involves the reduction of trade barriers and liberalization of government procurement. The textile industry is one of the industries in Indonesia that is expected to benefit from this trade deal as there exists significant demand for textiles in the EU. Negotiations about the Indonesia-EU CEPA, which started in 2011, were suspended in 2014 amid Indonesia's legislative and presidential elections. However, the government seems committed to reach an agreement before 2018.