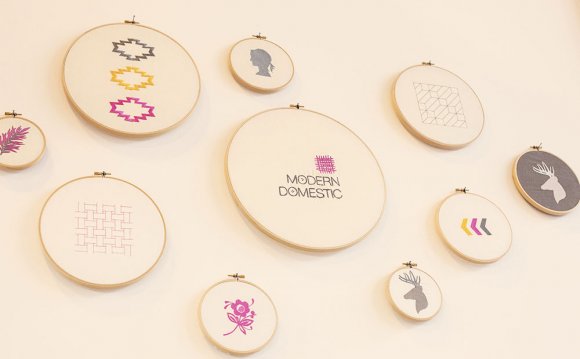 I have bad luck with sewing machines. Or maybe that should be recently I have had bad luck with sewing machines. I sew a lot. As with most tools, I really think that you and your machine need to have a relationship. There is no one “perfect machine” and there isn’t one you can call the “best”. But there are machines that work better for each person than others. I am the same way with computers. I name them so I can talk to them and they can learn to behave themselves. (This machine right now that I am typing on is named Carson.) But my recent sewing machines and I have not had very good relationships.

The very first machine I learned to use was my mom’s 197X Singer that she bought from the Family Thrift grocery store. It is a solid tank of a machine. I sewed painted theater curtains and costumes and who knows what else on that lovely machine. It isn’t pretty, but it was a workhorse. They don’t make Singers like this anymore.

When I was 17 and had my very first paycheck from my very first summer job, I bought myself a Bicor VX1005. This beautiful girl was 0 from Walmart and has been the single only consistently running machine I have had for 20+ years. To this day, when the others croak she is always there and ready to go. Bicor was made by Brother and I will always love Brother because of this machine. Her strength is mostly with straight stitch. Tension is always beautiful, stitches are even.

She does not do a good job with chiffon or anything too thin and the zipper foot is mediocre, but I can hem and do basic stitching all day. I made my prom dress and my wedding dress on this machine.

After I started doing costuming and teaching sewing, I bought a new fancy machine to replace this one and give myself some more bells and whistles. That was a Babylock Quilters Choice. At the time these machines were made by Brother. So I was really excited to get this upgrade to my little basic Bicor machine. This one is affectionately called “The Lemon”. It is a super cool machine and I paid a lot for it. Fancy buttonholes, alphabets, thread cutter. And it did sew beautifully. It ends up that it has a software problem. The software problem gradually lets the timing get out of synch and then suddenly your needle goes through the bobbin case with a big ga-smash and you have to have a $100 repair. After several times of hauling it in for this repair, I started to see the same story appear on blogs and learned that it’s not just me, it’s a design flaw. It self destructs. So this one sits in my studio and collects dust. I can’t sell it or give it to anyone in good conscience because I know it is a ticking time bomb. Sigh.

I then had a brief affair with a 1952 Singer, which is lovely but only does straight stitch and nothing else. Not quite enough, but a great old machine when I need it.

I auditioned a lot of machines in the meantime. I read reviews, I stitched on things and I asked everyone I knew what they loved. I tried friend’s machines. And then I bought a Viking Emerald. Which now belongs to my sister. (And by the way, B, I found the owner’s manual, which I will send to you!)

I was so fed up with the computer system, that I went for a full-on manual machine. It is basic, solid, sturdy, it works great and the price was right. My only complaint with this one is that it was too basic for the kind of sewing I wanted to do and I had gotten spoiled with the Lemon. I had outgrown this machine (which I didn’t realize) before I even bought it.