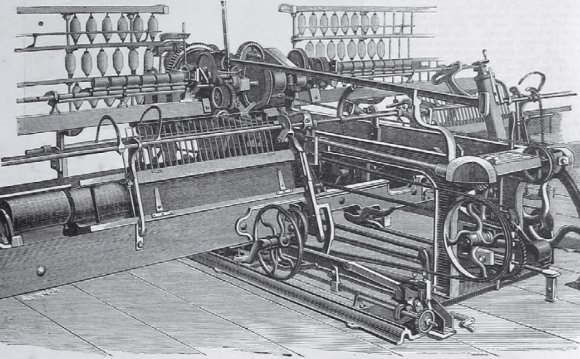 The Spinning Jenny Industrial Revolution, just what was it?

Britain at the end of the 18th century changed from a nation of farmers and rural craftsmen, to become a nation of ‘mechanics’ for want of a collective term for people who worked and maintained machines and factory hands.

The new machines used and developed in the heart of woolen and later cotton industry, of which the ‘Spinning Jenny’ was just one, were the first machines of the Industrial Revolution.

, this device enabled one weaver to make a width of cloth it had previously taken two to make. It would take 27 years before the use of the flying shuttle became widespread but once it did, the looms now wove the cloth so fast that the spinners could not keep up with the demand for thread.

The Spinning Jenny inventor was a man called James Hargreaves who in 1764 was working as a weaver and carpenter in Standhill, Lancashire and although he was illiterate he knew there was a problem producing sufficient thread for the weavers. He began to consider the design for a machine that would increase the output of thread by increasing the number of spindles able to be operated by a single wheel.

A spinning wheel produced thread on a single spindle, Hargreaves invention would have eight spindles and eventually up to 120 spindles.

Cloth workers were alert to any new labour saving machine proposed that would threaten their jobs. When it was discovered that James Hargreaves was building just such a machine, his house was broken into and the machine destroyed. These ‘machine breakers’ would go to extraordinary lengths to protect their jobs. It is difficult to imagine just how hard it was for these families in rural England to survive. The Agricultural Revolution was slowly unwinding, land that was previously used to raise crops for families was now enclosed, changes to agricultural machines and systems meant fewer agricultural labourers were needed and in the cold Winter months when it was not possible to work the land, entire families fell back on the textile trade to earn money from their cottages. Without this work they could starve to death or face the workhouse.

The impact of both Kay’s Flying Shuttle and Hargreaves Spinning Jenny could potentially be devastating to a family, it is little wonder that they took to desperate measures.

But Hargreaves was not deterred, if he didn’t pursue his invention, someone else would. The Spinning Jenny was a small machine and cheap to construct, both these factors were important if it was going to be used in the domestic system, i.e the cottage industry. Hargreaves had not at this point considered his machine being built on a manufacturing factory scale.

So small, cheap to construct, it was also light enough to be used by a single female if need be. It did not require a large physical force and so women and children could operate it.

The Spinning Jenny’s limitation was that the thread it produced was coarse and lacked a certain degree of strength, making it suitable only for the weft, the threads woven across the warp.

In 1770 Hargreaves patented his Spinning Jenny. You can, it is in the British Library Collection.

And it was called a Spinning Jenny because James Hargreaves named his invention after his wife.