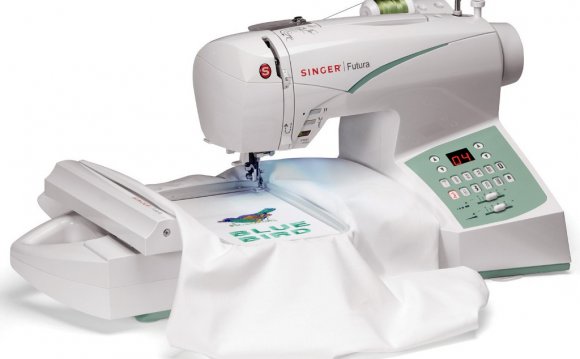 Isaac M. Singer established his Singer Company in 1851 in Boston. In 1853 he moved his operations to New York City. In 1858 the plants in New York were established in an area surrounded by Mott, Spring, Delancy, and Broome Street. In 1872 the main plants were moved to Elizabeth, New Jersey.

Around 1864, the western agents of the Singer company were having trouble getting machines from the Chicago distributor. Fred Grettner, the South Bend agent, and the Chicago agent thought that they could get local furniture factories to bid on cabinet construction (because the sewing machines were installed in a wooden case with a foot pedal for operation). Apparently at this time Singer sewing machine cabinets were not built by Singer, but on contract with other manufacturers. Grettner approached several South Bend furniture makers such as: B.F. Price, Smith & Rilling, and Montgomery, for bids on 5, 000 to 10, 000 cabinets per month. This would include tables, box covers, and drawers. All those approached refused to bid; Grettner implied that they did not want such small work.

Because South Bend was the center of black walnut production it was an excellent location for furniture making. In 1868, Leighton Pine came from the New York Singer office to establish a Singer cabinet factory in the South Bend area. He selected a site on the East Race, owned by a Mrs. Sherland, which was purchased for $2, 500. The town of Mishawaka, wishing to obtain the factory for their city offered Pine and the other Singer officials who had come to inspect the South Bend site, better water power, factory site, and 20 additional acres, all free. The officials decided to accept the offer and even directed Grettner to move his distribution center to Mishawaka. Grettner decided to raise the money to pay Mrs. Sherland for the South Bend site by subscription from South Bend citizens, and persuaded Miller & Greene, proprietors of the East Race water power, to offer free power to Singer. This offer was sent to the officials who had returned to New York and it was accepted. Grettner had not even raised all of the funds of his subscription yet, some of which was coming in $.25 pledges. Eventually, all funds were raised and Singer came to South Bend.

Leighton Pine, who established the Singer cabinet works in South Bend, was born in New York in 1844. During the Civil War he was a photographer. In the mid-1860s he entered the employ of Singer was a cabinet worker. In 1868 he established the South Bend plant and supervised its construction. After the plant was built he did most of the office work himself. During the first year in South Bend, the plant employed 168 men and made $10, 000 worth of cabinets.

In 1875 Pine left Singer and became a general manager at the South Bend Ironworks. In November 1879 he returned to Singer and stayed with the firm until his death in 1905. While working for the Singer Sewing Machine Company, Pine became involved with, at least, two other South Bend business ventures, the Economist Plow Company and the Spring Curry Comb Company. Eventually, Pine became general manager of all Singer cabinet factories in Cairo, IL; Kilbourne, Scotland; Wittenberg, Germany; Floridsdorf, Austria; and Podolsk and Moscow, Russia. He continued to live in South Bend, but died in 1905 while on a business trip to Scotland.

Pine was successful in his campaign to establish a standpipe water storage system, over the Holly system favored by John M. Studebaker. This issue was one of the most hotly contested issues of the 1872 mayoral race. The standpipe advocates won the election and the standpipe was constructed. On Christmas Day 1873, a wager was set up between Pine and Studebaker. Pine bet Studebaker that he could drive Studebaker from the belfry on the Studebaker factory office (approximately 6 stories off the ground) with water from a hydrant near the factory (water pressure being supplied by the newly installed standpipe), while several other hydrants in the area were opened. This would finally prove that the standpipe system produced enough pressure to effectively pump water, which the Holly system advocates did not believe. Pine turned on the water and immediately drove J.M. Studebaker and his friends from the belfry. The prize brought forth in the bet was a cow which was turned over to the Ladies Benevolent Aid Society for benefit of the poor.

By 1891, Singer Sewing Machine Company in South Bend had 898 employees and by 1900 it was clear that these facilities along the East Race had been outgrown. At this time, some officials of Singer advocated moving the cabinet works to Cairo, IL, but Leighton Pine persuaded them to keep the works in South Bend and to move the factory. Pine acquired the site on the west side of South Bend along Division Street (now Western Avenue). This site was very close to the Economist Plow Works, which Pine had had an interest in, and the Economist factory was eventually incorporated into the Singer factory as a foundry, which was needed to cast and japan (a type of iron treatment) the stands and treadles.