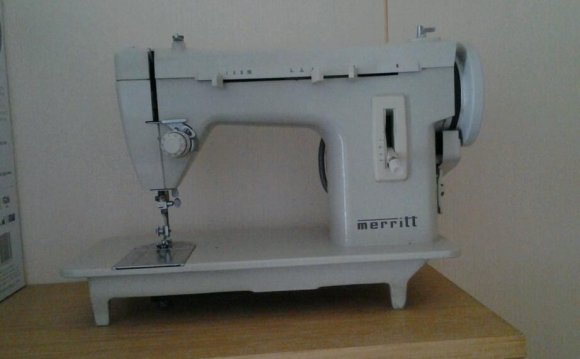 Isaac Merritt Singer was no introverted back-room inventor, but one of the most forceful, flamboyant and unscrupulous tycoons in American business history. Though he did not invent the sewing machine, he designed the first practical and efficient one, used mass-production techniques to manufacture it and pioneered the hire-purchase system of buying on credit in easy instalments, which revolutionised consumer behaviour.

The Singers were a German immigrant family in Upper New York State, where Isaac was born in 1811, to an unhappy childhood and a minimum of schooling. Tall, fair-haired, well-built and semi-literate, he developed a passion for the theatre. Working as an actor whenever he could, and at one stage running his own small, unsuccessful touring company, he took jobs as a labourer, carpenter or mechanic when he had to, and invented various machines. He was working in a machine-shop in Boston in 1851 when he was given a sewing machine to repair. Eleven days later he had constructed a better sewing machine, which he patented. He then set up I.M. Singer & Company with two backers named Zieber and Phelps to manufacture the machine. He took it on barnstorming tours, demonstrating it at fairs and in hired halls while giving heart-rending recitations of Thomas Hood’s ‘Song of the Shirt’.

The Sewing Machine War between rival patent holders and manufacturers ended with Singer’s as the industry’s dominant firm. Lady demonstrators were hired to disprove suggestions that women were too fluffy and incompetent to work a machine and Singer’s hire-purchase deals caused Scientific American to reflect in the 1850s on the curious psychological fact that customers preferred to pay $100 in monthly instalments of $5 rather than $50 outright, even though they had the money. To increase his share of the soaring profits, Singer ruthlessly pushed Phelps out of the company and swindled Zieber out when the latter fell ill. Singer convinced him he had little time left to live and owed it to his family to settle his affairs, by selling his shares to Singer at a knock-down price.

In New York, Singer liked to drive about in a grandiose vehicle of his own design, painted canary yellow and black, drawn by six or sometimes nine horses, with a small band playing on board. It had seats for thirty-one people, beds for the children and a water-closet. His attitude to women could be conservatively described as enthusiastic. He married for the first time at twenty-nine and after a few years left his wife and their two children for a mistress with whom he had ten more. Later he set up two more households with women by whom he had respectively one child and five.

The company vigorously developed markets abroad and by 1860 it was the world’s biggest producer of sewing machines, but rows between his women folk and the prurient attentions of the press became so tiresome that Singer took refuge in Europe, where in 1863 he married his second wife, a Parisian boarding-house keeper named Isabella Boyer, by whom he would have six more children. In his early fifties, he settled in England and built Oldway House at Paignton in South Devon in majestic French Renaissance style for himself and some of his brood of twenty-four offspring – he was very fond of them all. He had always wanted to be an actor and he had his own private theatre in the house, which he called The Wigwam. He died there in 1875, aged sixty-three.

Of the children, Singer’s son Paris fathered a son to Isadora Duncan, while one daughter, Belle-Blanche, married a French duke and another, Winnaretta, a friend of Marcel Proust, married successively the Prince de Scey-Montbéliard and the Prince de Polignac. The business went from strength to strength and Singer’s took the lead in marketing electric sewing machines. A household name, the company later diversified into other product lines and lost its way. In 1988 it fell prey to financiers who broke it up for the spoils.

how much project management cost how much solution to use in vax platinum where's the london bridge in arizona how many solutions calculator roadmap what is agile how design a logo where lauren london from whose project is tplex why science diet is bad how many london football clubs what project should i do where to set up signature in outlook how much solution in little green machine how much solution in vax platinum who is solutions architect road map where i am what technology was based on observations of nature how product management works with ux startup who failed where was technology first invented how many system updates on galaxy s10 entrepreneur who founded jetblue crossword from where manager derive performance expectation startup cost how product managers work with data scientists how often to service well how design awards which development was influenced by the enlightenment how many startup fails in india where to use entrepreneur when design thinking started how entrepreneur works where system preferences mac who developed the polio vaccine how often roadmap releases are published where does an entrepreneur work what startup services can i disable why system architecture is important where startup folder in windows 8 where entrepreneurship started why london business school how much project manager earn in canada product where name where design store how london street gangs work
Source: www.historytoday.com