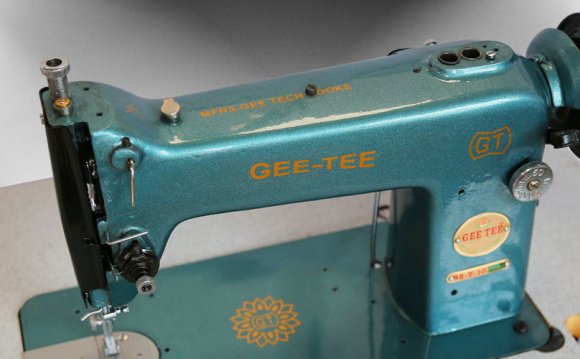 Besides Singer and Howe, other sewing-machine manufacturers of the late 19th and early 20th centuries included Wheeler & Wilson, which won awards in the 1860s for its buttonhole machines, and was especially well known for its hemmers. These treadle machines ranged from the stripped down Old Style Hemmer mounted on a plain walnut surface to silverplated and mother-of-pearl machines, whose legs and working components were hidden behind fancy wooden cabinetry, befitting their status as symbols of wealth.

Willcox & Gibbs machines were built by a Providence, Rhode Island, clockmaker named Brown & Sharpe. While the company produced treadle and hand-crank models for home use, it was also known for its industrial machines, including one strong enough to sew together straw hats. Grover & Baker was another late 19th-century maker, as were American, Domestic, Finkle & Lyon, and Boston-based Hunt & Webster.

One curious corner of antique sewing machines are figurals, which hide the working parts of sewing machines within cast animals. Kimball & Morton, a Glasgow, Scotland, manufacturer, is perhaps best remembered for its lion-shaped concoction—two models were produced, one in 1868 and a second in 1902. Other Kimball & Morton machines of note included the Stitch in Time, which was modeled after the "Fiddle Base" Jones sewing machines from Manchester, England.

An extensive collection of photos and ephemera illustrating changing fashion styles from 1795 to 1959. Includes por… [read review or visit site]