Inventions in the Industrial Revolution 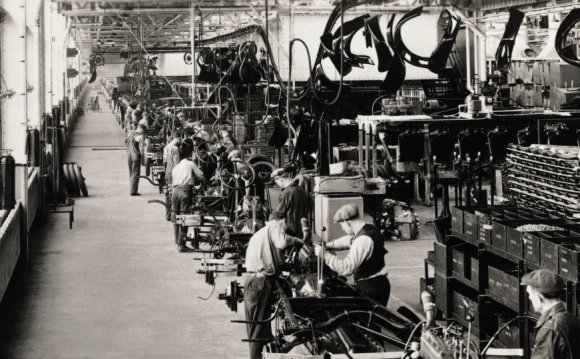 Gunmaking was considered an extremely skilled craft in the 18th century, and firearms, including pistols and muskets, were all constructed by hand. In this way, every gun was a one-of-a-kind possession, and a gun broken could not be easily repaired. At the very least, the process was time consuming and expensive, as the gun had to be brought to a craftsman and repaired to order.

Eli Whitney first made his name at the tender age of 27 with his invention of the cotton gin, patented in 1794. This revolutionary device was easily copied, however, and several patent infringement lawsuits gained little to no financial reward for Whitney and his partners.

In the mid-18th century, the French gunsmith Honoré LeBlanc suggested the gun parts be made from standardized patterns, so that all gun parts would follow the same design and could be easily replaced if broken. LeBlanc was not alone in imagining the potential value of this concept; an English naval engineer Samuel Bentham had earlier pioneered the use of uniform parts in the production of wooden pulleys for sailing ships. LeBlanc’s idea didn’t catch on in the French gun market, however, as competing gunsmiths saw clearly the effect that it would have on their craft. In 1789, Thomas Jefferson, then serving as American minister to France, visited LeBlanc’s workshop and was impressed by his methods. Despite LeBlanc’s efforts, however, it would be left to another man to fully introduce interchangeable parts into the American—and later the international—weapons industry.